Sleeplessness due to Anxiety and Depression Case Study

Title: The Use of Lavender Sleeplessness due to Depression and Anxiety

Kristopher is a 92-year retired journalist.  He relocated to Lorton, Virginia from his hometown of Hayward, California three years ago to live with his daughter because of his ailing health. His former career allowed him to travel around the world and his good nature and gracious personality earned him many friends during his travels. Kristopher loves reading, a glass of fine wine occasionally, storytelling, and spending quality time with his family.

I was first introduced to Kristopher in June of 2017 as his home health care-giver. His family felt he needed a companion to be with him and help him with his daily upkeep while they were at work because of his declining health. He and I got along right from the beginning. Some of the things we had in common included a shared love for reading, appreciation of creative arts, and traveling.

My time with Kristopher was spent by helping him with his meal preparations, transporting him to his doctor’s appointments, Library, and senior recreational centers, reminding him to take his medications, and whatever assistance he needed to improve his quality of life.

The medications he was on included Atorvastatin (to treat high cholesterol levels), Lisinopril (to treat high blood pressure) Donepezil (to treat light dementia), and Latanoprost, Dorzolamide, Brimonidine eye drops to treat glaucoma in his right eye.

In the fall of 2017, Kristopher fell on his way to use the bathroom at night. He broke his right femur as a result of the fall and underwent an emergency hip replacement surgery.  The surgery was successful but the recovery took a toll on him physically, mentally, and emotionally. Daily physical therapy left him feeling exhausted and not being able to go out as he was used to. This left him feeling depressed and anxious. This new development greatly affected his sleep pattern, especially at night.

It was at this point that I asked and was granted permission by his daughter to help him have a good night’s sleep with aromatherapy.

I chose a single oil because of the client’s age and frail health. I did not want to shock or overwhelm him with different smells all at once.  I wanted to use an oil that was mild and safe and was not going to cause any contraindications with his health medications. I specifically chose lavender because the client’s favorite hand lotion contains lavender and I felt it will be a familiar and comforting smell for him.

The key chemical constituents of Linalool 39.1% and Linalyl acetate 36.2% (Tisserand & Young, 2014) found in Lavender, gives it its antidepressant and sedative properties (Lawless 2013). A study entitled “The Effect of Aromatherapy

on Sleep Quality of Elderly People Residing in a Nursing Home” done by (Faydali & Cetinkaya, 2018) revealed that there was an improvement in the quality of sleep quality of nursing home residents who inhaled lavender oil drops on their pillows every evening for a week before sleeping.

The client responded very well to the treatment. The floral, sweet, and clean smell of Lavender proved to be relaxing and calming for him. His restlessness and anxiety gave way to relaxation and sleep a few minutes after he inhaled the aromatic treatment. The treatment was administered for a week. This helped to get him back on a sleep schedule. After the first week, aromatic treatment was given as needed.

The use of Lavender essential oil proved to be an effective treatment for sleeplessness as a result of depression and anxiety in an elderly client.  As a result of the client being able to get a good night’s sleep, his recovery drastically improved.

He had more energy for physical therapy and the symptoms of his anxiety became minimized.  I also introduced the playing of` soothing, relaxing, and meditative music in the background during his bedtime. This has helped greatly in setting his mood for a goodnight’s sleep.

This case study has been very rewarding for me as I saw first-hand how single oil can be so instrumental in making such a huge difference in a person’s life. Less is truly more when it comes to Essential oils and the power each oil possesses cannot be exaggerated.

Thank you to Anna for allowing us to share this case study with you.

PrevPrevious5 Ways to Slide into Autumn with Optimal Health
NextIs it a Cold or the Flu?Next 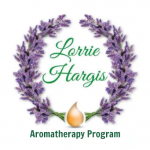 Join Lorrie Hargis' Journey into
the Heart of Aromatherapy